Developing a new brand to enter a highly competitive and unified market is something that requires a lot of energy so, what better than the wind to help us do it. The naming, the development of the graphic corporate identity and the generation of a business philosophy sustained by strong values… have been taks that kept us occupied.
A hard branding work that resulted in a new phone concept: Ventto. A new way of undertanding mobile comunication, as light as the wind that moves around us. Taking that idea as our starting point the logo draw itselft in our minds, clear and simple, green colours paired with a symbolic and a little distorted “V”.
Ventto reflects a brand phylosophy created inside Koolbrand and sustained by strong values, the brand wants to connect with its target and, at the same time, help them conect with each other thanks to the dynamism, versatility and forefront of the devices manufactured by the company. Ventto is not just an smartphone brand, it engages its users in a diferent experience and conveys its concern to be more than just a device. 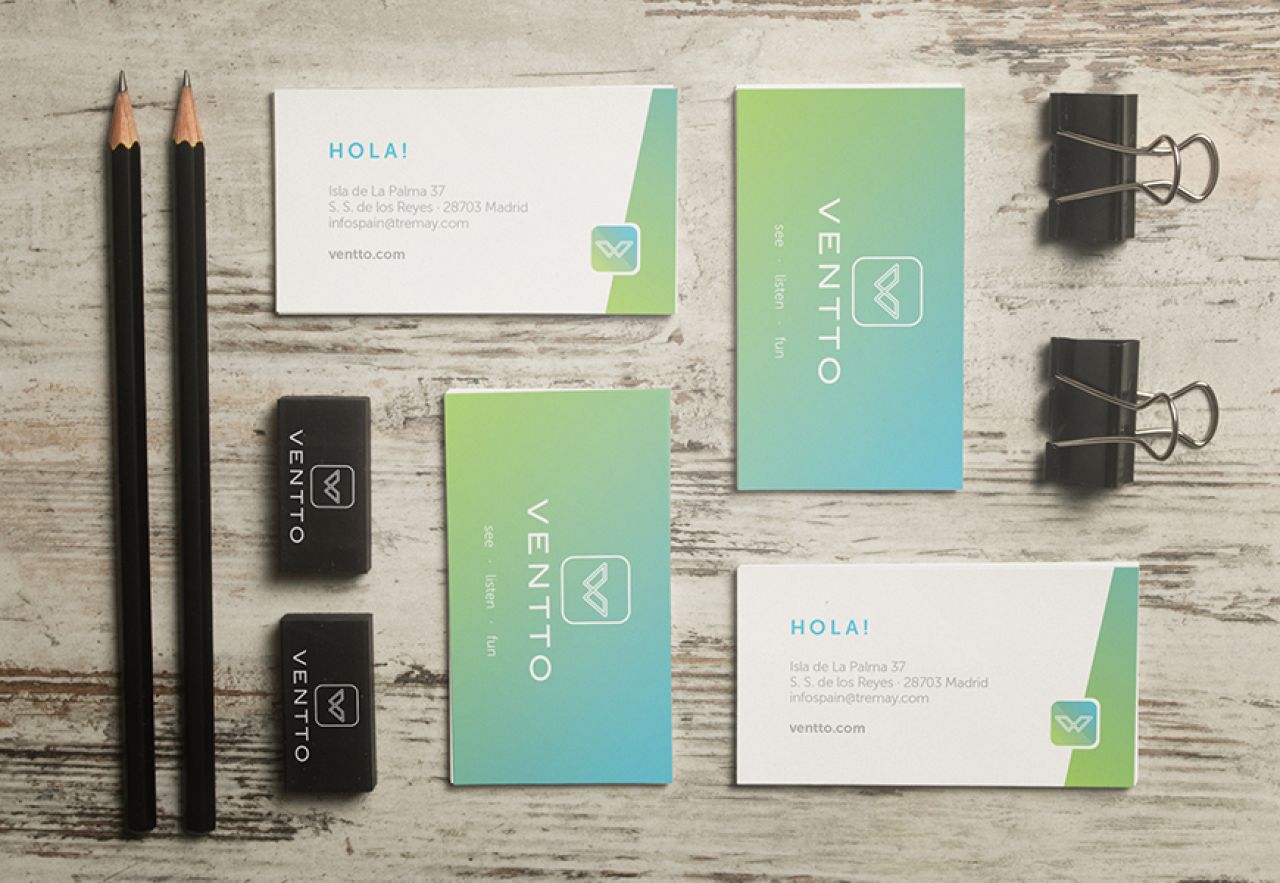