A retro touch for galician tradition

A new branding project in which we went back to Galicia’s origins and the importance of pig meat in its cuisine. A challenge in which the entire team joined forces with the idea of keeping the traditional making of the Atilano Anllo products and, at the same time bringing it into the XXI century.
All the work resulted in a renewed retro-styled image and packaging, which allowed us to enhance the family-run nature of the meat company. 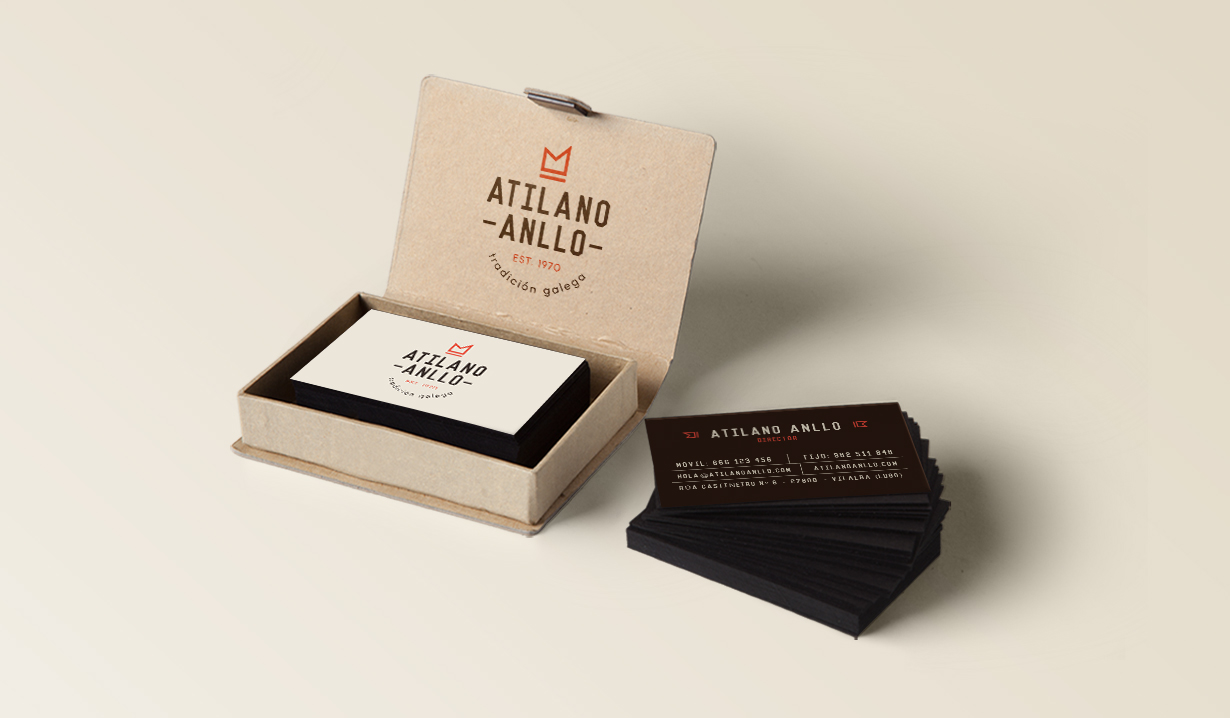 To achieve our goal we used resources such as color, typography, with a creative concept of the animal´s hoof double interpretation. Used as a small image located on the top of the logo simulating a crown and as a design pattern in the packaging, raises the perception of brand’s product.

Now we truly know who has the best
product for the Christmas´ ham!